Suppliers, regulators, energy producers from renewable sources, financiers, together with service and equipment vendors met on October 9 for the last informal meeting this year under the concept “Energy Breakfast Club”. In order to guarantee the service security, the energy market needs new financial mechanisms and flexibility in integration of new producers into the grids. The conference “Utilities – before the horizon” focused on the urgencies of the moment and the deep tendencies that are already being felt in Romania – themes that animated a quality dialogue among about 40 specialists. 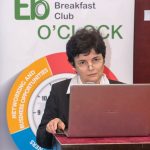 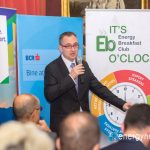 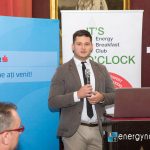 Grid operators must make it possible for the new proposals in the EU Energy Package IV to be feasible, said Maria Mânicuță, general director within the National Energy Regulatory Authority – ANRE. First of all, these are measures to increase the degree of digitization of transport and distribution networks, for the widespread distribution of smart meters and a more friendly network for active consumers. In turn, the transport operator must ensure a new market model and support the emergence of aggregators, said the official of ANRE.

Maria Mânicuță presented the conclusions of the ANRE report for 2018, according to which the losses in the transport network are around 2%. The losses increase proportionally with the imports, noted Maria Mânicuță. There was a slight fluctuation, from 2.4% to 2.47%, in the period 2014-2018; in 2017, when energy exports were lower, a minimum of 2.17% was registered.

Losses in the transport network depend in respect with the circulation of powers and exports. “The more energy we move through the transport network, the more losses will increase. This explains Transelectrica’s growth in losses in 2018 and probably this year we will also have a similar situation, as the imports increased”.

Mihai Dârzan, Ringhel: Digitization will change the energy system in ways we can’t even imagine

Utilities are continuously under an adaptation process, stressed Mihai Dârzan, general manager of Ringhel. New needs are emerging in the market, every quarter or every month, new regulations and new types of concepts, such as blockchain trading, are emerging.

“Digitization is the solution, and this means not a singular action, but rather a process, a mindframe and a way of action. It is a process over a longer period of time, which requires a sustained effort from the participants. It also brings great benefits: collecting and integrating data from internal and external sources, increasing process transparency and easy reporting both internally and towards the regulator.

Mihai Dârzan insisted on two important elements. The first is the creation of a data hub to facilitate communication between all market participants. The second has to do with the reporting process: “Reports need to be redesigned, so that ad-hoc information to be required no more, but to offer centralized access, and information structured in different ways,” he said. Digitization offers the ability to react quickly to market movements with aggregated and up-to-date data, as well as the ability to interact with customers quickly, safely and easily, to provide them with accurate data and services. “Most of the time, digitization is not an easy process, it requires the allocation of technical and business resources from both sides. Many stages of documentation and analysis must be completed. Since 2014 we have participated in many processes of implementation to our customers and we found that the lack of documentation and analyses are among the biggest obstacles”, he said.

Bădiță, Photon Energy: We expect the second wave of renewable in Romania

Photon Energy was established in the Netherlands and operates on markets in the Czech Republic, Hungary, Slovakia and Romania through local offices, coordinated from the regional office in Prague. It has operations in Australia and Peru, and is listed on the stock exchanges in Warsaw and Prague, said Lauru Bădiță, Country Manager O&M Romania Photon Energy. The company is active in more than 10 countries around the globe and offers complete services, from design, EPC, construction, operation and maintenance of photovoltaic parks, said Bădiță.

“In Australia we have large projects, over 100 MW, we are present on this market since 2010. In Peru we have projects to decontaminate the water using solar energy. In the Czech Republic, Hungary, Slovakia and Australia we have our own PV projects, and in Romania for the moment we offer maintenance services. We expect with great interest, however, the second wave of renewables in Romania, financed either by long-term bilateral contracts (PPAs) or by another form. We have installers registered in the AFM program and we have bankable partners with us in this process”, he said.

The company has developed a complete photovoltaic park control software platform – Photon Energy One. “It is a complete solution in terms of both hardware and software, and is intended for investors and developers. Even banks can have access to our solution, to monitor production and revenues”, he said. The active dispatch center can quickly resolve any operational or network situation, explained Jan Czerny, representative of Photon Energy Prague, presenting the company’s solutions.

The world has already changed, and before all the big strategies, in the current context, the new challenges put pressure on all the existing actions. “Change is upon us, whether we are ready or not. We must be prepared for another reality, whether we want it or not. We are talking about technological progress, the digitalization revolution, a new legislative package to be adopted by the UE members, sometimes at a speed that creates new challenges. The networks must operate safely, with greater flexibility and at a much higher quality standard”, said Livioara Șujdea, Executive Director of Electrica Distribuție.

“We are in the first year of the fourth regulatory period. For distribution operators, this means, first of all, a significant changed methodological framework compared to the third period of regulation, in respect to the performance of the distribution service, with new targets and some constraints, which for distribution operators practically means a paradigm shift”, Șujdea said. 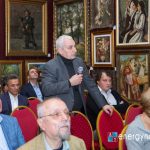 The challenges related to the grid integration of renewables are both technical in nature, from the perspective of standardizing the connection solutions, but they also concern the policies and regulations that should bring clarity from both the technical perspective and the trading mechanisms. “Both distribution and transport operators are facing problems related to the grid integration of renewable sources, trying to adapt to the trends regarding digitization, trying to find financing opportunities and accelerating the adoption networks that will facilitate the transition to smart grids”, said Șujdea. How can we take all these things into account in order to have a balanced approach and results, as well? “The level of investments, for each operator, depends on the regulatory framework, the level of profitability and all the outcome indicators, for which serious targets have been set for the fourth regulatory period.”

Electrica Group has assumed ambitious targets for investment, recalled Șujdea. “We have assumed a significantly higher percentage than the one required by the regulations, in order to meet all these challenges.”

Eaton pleads for the elimination of sulfur hexafloride (SF6)

He insisted that Eaton is already working to move from using sulfur hexafloride in equipment, towards using more environmentally friendly gases. “According to the Kyoto protocol, SF6 is one of the most harmful gases, being rated with a GWP (global warming potential) indicator of 23,000 / 100 years. SF6 lasts on average 3,200 years, and the energy industry is responsible for 80% of the emissions of SF6 in the atmosphere. A plan has been established for the elimination of these gases, and in 2020 the EC will carry out a new analysis in Europe, which will determine the existence on the market of technologies capable of replacing this gas. Eaton, as well as other manufacturers, have such equipment and it is time to make a change”, said Mincă.

SF6 has been used in many applications, from the production of sports shoes to the keeping tightness in various equipment and systems. However, at present, its main use has remained its regulated use for electrical switching equipment. SF6 switching equipment has a significant lifetime cost, considering the cost of using it, and the recycling as well. These costs will increase as demand for energy and electrical equipment increases. Today SF6 gas-free technology has a 20% higher investment cost on average, but the operating cost over the entire life of the equipment is significantly lower.

Eaton is present in Romania through the representative office focused on the power segment, but also with production units in the northeast of the country, where it employs over 2,000 people. 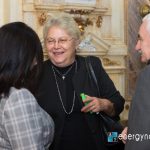