Home»Oil&Gas»Consumers»The cycle of growth in the natural gas market is expected to resume (EBC, August 29)

The legislative changes that are foreshadowed in the natural gas sector, respectively the renunciation of regulated prices, are welcomed by the industry and create premises for the resumption of the growth cycle. However, it takes time to get back to normal and the costs are high, said Septimiu Stoica, President of the General Meeting of Shareholders of the Romanian Commodities Exchange – BRM, during the Energy Breakfast Club – Oil & Gas – E&P, Transport and Processing – an event organized by energynomics.ro. At the same time, Kawasaki’s representative for South-East Europe noted an inexplicable slump in the private sector.

The effects of GEO 114/2018 and of the other developments in the regulatory framework were perverse in terms of prices, traded volumes and market behavior of the big players. At the end of last year and the beginning of 2019, through the emergence of GEO 114, the activity of BRM was blown over. 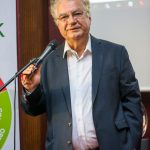 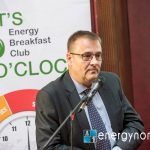 “The good news is that there is hope for a resumption of the growth cycle,” he added. Read FULL ARTICLE!

Kawasaki trusts the development of the Romanian market, currently “numbed”

Kawasaki opened a new office in Romania at the beginning of last year. Although the optimism regarding the development of the market in the short term is moderate, in the long term the economy will recover. “Within the responsibilities I have in the South East Europe, I try to come with a new breath in Romania… There are investment funds currently available, such as POIM 6.4, but there are few interested investors (in cogeneration field). In the private sector there is a numbness that I cannot explain,” said Cristian Athanasovici, Business Development Manager, Kawasaki Gas Turbine Europe. 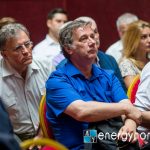 “Kawasaki is a large company, with a portfolio including high-speed trains, natural gas transportation vessels, motorcycles, energy equipment and robots. It has been present in Europe since 1975, and since 2003 it has its own gas turbine production site in Europe, around 20 km near the Frankfurt airport, in Bad Homburg” says Athanasovici.

The range of products includes gas turbines ranging between 1.7 and 34 MWe and internal combustion engines of 5.2 and 7.8 MWe; in addition, the company offers engineering, implementation and maintenance services for power plants, supplemented by long-term service, Athanasovici said, presenting the company’s products and services. Read FULL ARTICLE!

The Sniffers is an environmental service provider for the oil and gas industry. ”We are operating worldwide, focusing on Upstream, Midstream and Downstream for O&G activities. We help companies reduce their emissions into the atmosphere, to maintain the integrity of their pipelines and we help them save energy”, said Bart Wauterickx, CEO of The Sniffers. The company has an office in Bucharest and one in Ploiesti under the umbrella of the mother-company, WTS Energy.

According to IEA, there are various technologies that can reduce methane emissions, and half of them can be applied at no net cost, but can reduce methane emissions by 38%. The Sniffers representative presented a methane accounting and management program through which companies are supported to accurately report their emissions. The Sniffers also comes with adapted solutions to reduce these emissions, Wauterickx concluded. Read FULL ARTICLE! 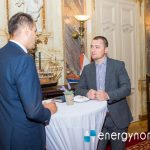 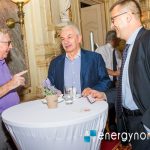 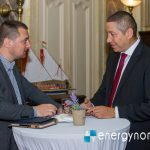 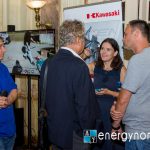 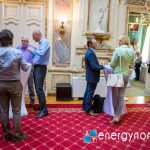 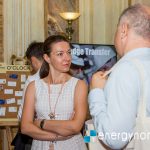 Access to Energy Breakfast Club is open to all professionals in the Romanian energy industry and related sectors, based on the invitation of from energynomics.ro. You are welcomed to write us at office [at]energynomics.ro and ask for an invitation!
Energy Breakfast Club is a meeting of 2 to 3 hours where energy specialists have the opportunity to keep themselves up to date with the latest information and the most influential views on one the hot topics of the moment.
Premium WordPress Themes Download
Download Nulled WordPress Themes
Download Premium WordPress Themes Free
Download Nulled WordPress Themes
udemy course download free
download lava firmware
Download WordPress Themes Free
ZG93bmxvYWQgbHluZGEgY291cnNlIGZyZWU=
Bart Wauterickx BRM Cristian Athanasovici Kawasaki Septimiu Stoica The Sniffers WTS Energy
Share. Twitter Facebook Google+ Pinterest LinkedIn Tumblr Email