Home»Electricitate»The 25th Issue of Energynomics Magazine to be launched on Wednesday, at the Energynomics Awards Gala & Dinner

The 25th edition of energynomics.ro Magazine will be released on Wednesday, December 4th, within the 7th edition of the Energynomics Awards Gala & Dinner. Once again in the sophisticated premises of the National Military Center, in Bucharest, we will point to the performers of the year. All the sectors – electricity, O&G, renewable, thermo, and mining, and all the themes – energy efficiency, smart energy, M&A, investments, will be revealed in the right light and in cold balance. More HERE!

184 pages of interviews, analysis and opinions, fully bilingual, at the best printed quality will reach professionals in the energy industry in Romania, the managers of the most active companies and officials from regulatory authorities with responsibilities in the energy sector.

ORDER YOUR COPY at office @ wing-media.com

For them, we tackle the hot issues of the moment, from the foreshadowed actions of the new government, to the end of the road of the GEO 114/2018, from the deep stereotypes in the Romanian energy “establishment”, to the unpredictable dynamics of the energy markets, with new players, new approaches and new mechanisms of for trading energy. 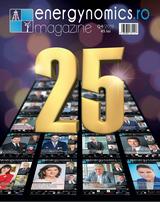 Stephen Birrell, acting president of ROPEPCA, talks about the four pillars that can support the future development of the onshore oil and gas industry. “The natural decline of hydrocarbons is inevitable and we have get accustomed to decreasing production at higher costs,” he says, and then he explains how we can deal constructively with such a situation.

Bogdan Badea, the president of the Hidroelectrica’s Directorate, welcomes the government’s decision to list the company on the stock exchange, and calls, once again, for market stability and for a rapid re-liberalization. At the same time, Bogdan Badea challenges, not the household customers, and not even the traditional suppliers, but those who still support the provisions of GEO 114/2018: “I want to inform all consumers in Romania that, in the event that, as a result of market deregulation, the energy price will increase, we will keep the same offers as before”.

Cătălin Păunescu, CEO of Star Storage, talked about digitalization as an essential tool for business optimization. Digitalization and automation are already changing the functioning and the business models of the companies in the energy sector, a trend to intensify in the coming years. “First step is to rethink your internal processes so that, by digitization, you can prepare for an extra volume of customers, developing additional services and solid electronic flows. Investing in the front-end comes next”, says Cătălin Păunescu.

ORDER YOUR COPY at office @ wing-media.com

Since November 2019, Energynomics Magazine is available in 10 Inmedio locations!