The private sector representatives and those of the companies met at the Energy Breakfast Club of Wednesday, May 11th, the second edition dedicated to electric mobility in Romania, after the one from November 2015. Andrei Iorgulescu, General Manager for Projects under the Administration for the Environmental Fund (AFM), has presented the government program to support the sector. From ALD Automotive, Cătaăin Olteanu and Dana Popescu, from BMWi, have torn apart, with arguments and figures, the most enduring myths about electric cars. 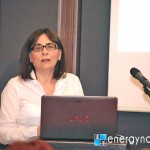 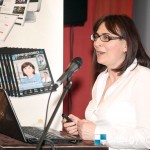 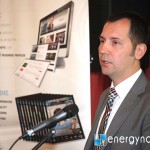 Andrei Iorgulescu said that “for now, there is interest only from the private sector, and we are trying to attract in such projects the local authorities also”. Without advancing a firm deadline for starting the program, Andrei Iorgulescu has expressed hope that the program will be launched this summer.

In the comments of those present at the discussions, on several occasions appeared the idea that, paradoxically, electric mobility market would develop better in the absence of repeated promises not materialized in help from the public authorities. The main reason is that potential customers – buyers of electric cars, and companies prepared to begin installing charging stations – are on hold, pending a subsidy that can significantly improve the business analysis.

Cătălin Olteanu, Commercial Director at ALD Automotive Romania, presented the key elements of the local electric car market development, an area where ALD is one of the leaders in Europe and a pioneer in Romania. From one charging station in 2011, there are now in the country more than 50 charging points with open access to the public, most of them allowing the charging of the car battery free of charge. The number of electric and hybrid vehicles sold in Romania has climbed to 495 in 2015, with an advance of 110% over the 2014 volume.

“Interest in electric cars is very high,” said Cătălin Olteanu, who noted that many elements still remain unknown to the general public. For example, the battery of the hybrid or electric vehicle must NOT be replaced. According to Cătălin Olteanu, kept at a charging level of 40-60%, a hybrid vehicle battery lasts for over 100,000 kilometers, depending on the brand, while the batteries for the electric vehicles are designed to withstand at least 10 years or 160,000 kilometers. 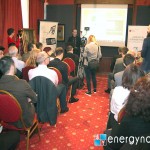 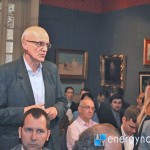 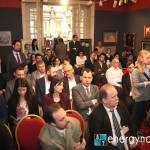 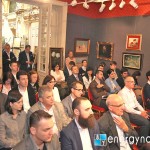 The ALD Automotive representative believes that breaking out of the vicious cycle – we do not have stations because we do not have enough cars, respectively we do not have because there are not enough charging stations – is the increase in car sales. “To develop the network of charging stations, a country need first to have electric cars, and not vice versa”, says Cătălin Olteanu. Calculations made by ALD Automotive show that when one takes into account the total cost of ownership (TCO), hybrid and electric vehicles are NOT more expensive than the fossil-based engine and the benefits of status and leadership are the most consistent.

BMW i3 – the only premium electric car in Romania

1. Electric cars can be used in Romania, even if we have not developed infrastructure

Dana Popescu showed, supported by studies conducted in Germany, that electric cars are used predominantly as a city car, and the average daily distance in Europe is 40-45 km. “With charging at home, 60% of users of electric cars have not loaded the car even once at public charging stations,” said Dana Popescu. Thus there is a clear category of customers who can use everyday electric cars, even without a developed infrastructure. “The customer portrait is as follows: living at home or in a residential complex with parking, the car can be charged at home, including households with two or more cars used for commuting home-office,” said BMWi representative.

2. Electric cars are not expensive

The cost of technology has decreased and is decreasing, and operating costs are significantly lower than in traditional vehicles, stressed Dana Popescu, who insisted that price is not the only criterion for purchase as important as the quality/experience/price equation.

3. Authorities may support the electric car market by granting subsidies and other facilities

Dana Popescu presented the BMW i3 as an ideal car for everyday roads in the city and 360 ° ELECTRIC SERVICE BMWi program that meets the needs and concerns potential customers might have. The event was organized by energynomics.ro and supported by our partners: Consiglieri, Elektra Invest, Ridgid, SGS România. Developing the long-term partnership with energynomics.ro, Cezar Ionaşcu, Head of Sales at Consiglieri, introduced those present with the Consiglieri world by exposing some starting ideas on the secrets every gentleman should know about for a strong visual impact.

This year, energynomics.ro aims to organize at least 6 more Energy Breakfast Club meetings. The schedule and the proposed themes are here.

Access to Energy Breakfast Club is open to all professionals in the Romanian energy industry and related sectors, based on the call of energynomics.ro. You are welcomed to write us at office [at]energynomics.ro and ask for an invitation!
Energy Breakfast Club is a meeting of 2 to 3 hours where energy specialists have the opportunity to keep themselves up to date with the latest information and the most influential views on one the hot topics of the moment.
As a host, energynomics.ro will provide – from 09.00 AM – the MC and the coffee, will propose the theme and will launch the invitations for the speakers. They are selected accordingly with their best knowledge of the topic and are responsible for organizing ideas and stimulating intellectual challenges. Presentations will not exceed 20 minutes and are intended to be starting points for a dynamic exchange of ideas and perspectives.
The club closes at 13.
Download Nulled WordPress Themes
Download Nulled WordPress Themes
Premium WordPress Themes Download
Download Nulled WordPress Themes
udemy free download
download lava firmware
Download Nulled WordPress Themes
free download udemy paid course
Administrația Fondului pentru Mediu ALD Automotive Andrei Iorgulescu BMWi Cătălin Olteanu Consiglieri Dana Popescu masini electrice mobilitate electrica Ridgid SGS Romania
Share. Twitter Facebook Google+ Pinterest LinkedIn Tumblr Email