NameMark Sturgess SectorOil and Gas
DefiningMark Sturgess is vice president of Hunt Oil Company of Romania. He oversees the exploration and business development in Romania, as well as new ventures in the European, Middle Eastern and African region.
Disclaimer

Professional History
Mark Sturgess was previously GM of Europe, Africa, and the Middle East for Hunt Oil Company (UK) and GM for Hunt Oil Company Far East Ventures Inc., in Singapore. He began his career as a geologist with several companies including Corelab Company in Saudi Arabia and Kerr McGee, before joining the Hunt family of companies in 1985.
He was one of the key players in developing the concept of the unique trapping style of the Marib Block 18 fields in Yemen, as well as being directly involved with the appraisal of the Alif field, and the discovery of several other accumulations. He has led a team of professionals and developed the business plans for the company’s entry into both the Browse Basin in offshore NW Australia, and the company’s entry into Romania. Sturgess is a member of many industry associations including the American Association Of Petroleum Geologists, Society Of Exploration Geophysicists, Association of International Petroleum Negotiators, the Geological Society Of America, and the European Association Of Geoscientists and Engineers. He is a member of the Romanian Exploration and Production Managers Forum and the American Chamber of Commerce In Romania, Energy and Environment Sub-Committee. He earned a Bachelor Of Science Degree in Geology and Geography (University of London external) in Kingston Polytechnic, UK and a Master Of Science Degree at Imperial College, University of London, UK.
Contact
Latest news
Mark Sturgess
Share. Twitter Facebook Google+ Pinterest LinkedIn Tumblr Email
Experts

0 Mihail Mitroi
Mihail Mitroi graduated in Engineering Geophysical studies at Bucharest University. Mihail has more than 15 years experience in field seismic data acquisition, working as an Observer, Geophysicist and Party Chief in Romania, Syria and Moldova. Since 2000, Mihail has functioned as Deputy Operations Manager for Prospectiuni before taking up his ...
Read More
Experts 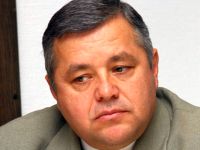 0 Niculae Havrileț
His professional experience consists of 27 years in engineering and natural gas activities, of which 14 years in management positions and three years in central government. Between 1982 and 1998 he was an engineer in the Romgaz and between 2001 and 2013 was General Manager at Gascop.
Read More
Experts 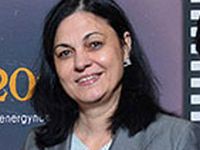 0 Silvia Vlăsceanu
Silvia Vlăsceanu is a PhD candidate at the University "Politehnica" of Bucharest, engineering sciences, specializing in energy, energy engineer diplomat in the same university in economics and marketing specialist accredited by the "Academy of Economic Studies in Bucharest." Silvia Vlasceanu was inspector of competition in the Competition Council between 1996 ...
Read More
Experts

0 Stelian Gal
Graduate of the Polytechnic University of Timisoara (1970), Stelian Gal worked since 1971, in various units of the national electricity operator, mainly in Sibiu and Bucharest. He led Transelectrica on two occasions between 2005 and 2009 and between 2010-2011. He was noted for the ability to coordinate the whole activity ...
Read More