The press conference for the launch of the 2016 Energy Strategy Summit official report brought into attention and a new synthesis of the main points of interest of the energy industry regarding the future national energy strategy. At the event participated as speakers Artur Stratan (ROPEPCA President), Claudia Brânduş (RWEA President) and Silvia Vlăsceanu (ACUE Executive Director) – representatives from three of the most representative associations in the onshore oil and gas, in the wind energy sector, in the utilities sector – electricity and natural gas. The press conference attracted the interest of journalists from Agerpres, CECCAR Business Magazine, Energy Center, Focus Energetic, Green Report, Invest Energy, Mesagerul Economic, news.ro, Radio Romania Actualitati, Romania Press, Tribuna Economica, Univers ingineresc.

The discussion was opened by Gabriel Avăcăriţei, chief editor of energynomics.ro – organizer of the 2016 Energy Strategy Summit, the largest consultation of the companies from the Romanian energy industry, this summer, held on May 31st at Snagov. The 2016 Energy Strategy Summit concluded with an official report which brings together the key messages of the business environment for the authorities in charge with the future energy strategy of Romania. 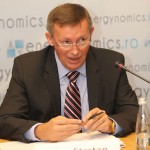 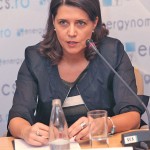 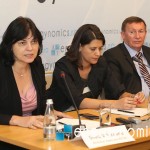 Gabriel Avăcăriţei has exposed the priorities identified in the speeches of the 23 speakers at the 2016 Energy Strategy Summit, priorities which are presented in detail in the executive summary made available to interested audience:

Without a major reform, the oil and gas industry is doomed

In his speech, Artur Stratan underlined that 95% of ROPEPCA’s proposals are included in the latest form of the energy strategy, made publicly available by the Ministry of Energy. “How many of them will survive in the final form?” is the key question of the moment, Stratan said.

Without the state support, the oil and gas industry is doomed within a very short time, Artur Stratan also said. It is important that the authorities understand that it takes a new approach on the industry, focused not on immediate and direct revenue to the state budget, but rather on the greater benefits in the long run, distributed in the entire economy and industry of oil and gas. “The state must realize that the oil and gas industry is not only a constant and reliable contributor to the state budget, but it also has a social contribution through the number of jobs it creates directly and indirectly, both in the Upstream industry, as well as in the support and ancillary industries”, said Artur Stratan. 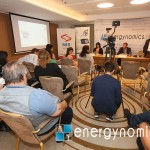 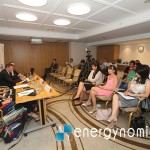 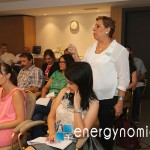 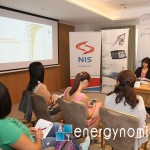 The priorities of the sector are those repeatedly exposed in discussions with the officials: the clarification of the legal and fiscal framework – in terms of encouraging present and future investments in new production facilities for hydrocarbons, the launching of the new bid round for the concession of new petroleum exploration and exploitation blocks, and the reformation of the NAMR, for an increased performance from the industry regulatory body.

Priority – in the strategy, millstone – in the adopted measures

In her turn, Claudia Brânduş, President of RWEA insisted on the importance of the energy strategy, as there are high expectations from it, because “it is based on this document that the companies plan their future investments on the Romanian market”. The main characteristic of the energy strategy must be consistency, stressed out the President of RWEA.

Firstly, it is about the consistency between the statements of intention and the actual measures adopted: “It is consistency that we very much expect. We expect to see a connection between the public statements and the measures identified. I have heard, all the time, that renewables are very important for Romania, but all measures taken so far are against the renewable industry. Renewables are important, but we do not know how to make them work. Secondly, it is essential to have consistency between the sectoral policies, such as expressed in various existing or yet nonexistent strategies: “Also, they are working on an anti-poverty and housing national strategy. It is hard to believe that these two strategies should not intersect. We have healthcare costs due to pollution, but we did not see any position from the Ministry of Health towards the energy strategy, given that part of the pollution comes from energy. […] We are also talking about digitization and there is this resource we do not know whether the government does enough with. We are net exporters of IT&C solutions and I do not know if these solutions and also the point of view of the minister of telecommunications were included in the draft of the energy strategy.”

“There are studies ANRE conducted, which unfortunately they do not assume publicly for the moment, and they show that if it were not for this renewable energy, the electricity costs would have increased with up to 45 lei, which is already more than the cost of the green certificate,” said the President of RWEA. Renewables must be seen as a solution for the challenges in the Romanian economy and society, and not as a problem for which to constantly search palliative solutions – this was the central message from Claudia Brânduş.

According to Silvia Vlăsceanu, chief executive of ACUE – The Association of Companies for Utilities in Energy, one of the central themes of document of intention from the authorities, regarding the energy, should be linked to the professional quality of the workforce in the energy industry. “It is an acute shortage of staff in energy, and it will be increasingly difficult to find specialists. [Therefore], in any strategy, from any ministry, the issue of human resource must appear as a separate chapter, dedicated to how we prepare those who will actually work in the field.” This remark from Silvia Vlăsceanu strengthened a similar warning launched at the 2016 Energy Strategy Summit by Daniela Lulache, CEO of Nuclearelectrica. From this perspective, the correlation of the energy strategy with policies on education and professional development is of an absolute emergency.

Silvia Vlăsceanu expressed skepticism about the effectiveness of the national energy strategy, given that efforts of the current team from the Ministry of Energy have little chance to receive support from the future parliamentary majority resulted from the elections at the end of this year. “What will happen with this document?” was the question the executive director of ACUE launched. 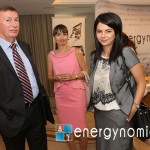 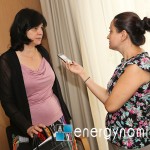 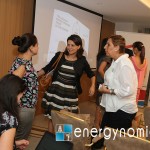 In a rebuttal, the chief editor of energynomics.ro, Gabriel Avăcăriţei, mentioned the actual benefits promised by the Ministry of Energy – in a few weeks, it will male public and open to debates the quantitative modeling for the three scenarios on the future evolution of the energy industry. “Regardless of the future shape of the political spectrum, all the decision makers within the public institutions will have to consider these analyzes and the mathematical modeling. Even in the absence of any significant political decisions, the strategy will be the best image of the current Romanian energy sector, and also a useful tool for the companies and independent experts,” said Gabriel Avăcăriţei.

energynomics.ro organizes on October 12th at Romexpo, the first large debate on the national energy strategy, with the quantitative modeling results included, with the participation of Minister of Energy Victor Grigorescu.

Following the press conference, several press articles were published. Among them:

Organized by energynomics.ro, 2016 Energy Strategy Summit brought together over 120 participants and 23 representatives of the top companies and the authorities in the energy industry, as speakers.