So far, the seven banks partners of the Bank for Reconstruction and Development (EBRD) have on-lent euro 112 million of EBRD money to finance to almost 300 companies for financing energy efficiency improvements with a combined value of euro 156 million euro. The finance is supported by technical advice and financial incentives for SMEs funded with an EU grant, a release says.

„These projects led to annual energy and CO2 savings of 1,786 GWh, the equivalent of the household electricity consumption of the city of Bucharest for an entire year, or 394 thousand tonnes of CO2, the equivalent of taking 123,690 passenger cars off the roads for a year.” 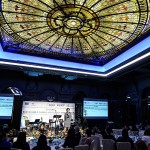 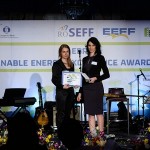 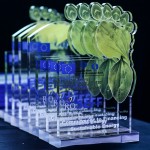 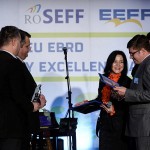 The EBRD is the leading institutional investor in Romania. In 2014 alone, the Bank invested euro 600 million in the country. To date, the EBRD has invested over euro 7 billion across 370 projects in Romania. It has also mobilised more than euro 14 billion for these ventures from other sources of financing.

EBRD and EU celebrate Romanian firms’ use of energy efficiency

A cereal grower, a car-servicing company, a manufacturer of antique-style furniture, a fruit and vegetable processor, several bakeries, a paper producer, and south-eastern Europe’s largest oil and gas producer are among the 15 Romanian companies honoured by the European Bank for Reconstruction and Development (EBRD) and the European Union (EU) for promoting energy efficiency, the EBRD release reveals.

“We are celebrating Romanian companies which have demonstrated time and again that investment in energy efficiency and renewable energy can bring economic, environmental, energy security and social benefits to Romania,” said James Hyslop, EBRD Director for Romania.