Home»General Interest»Companies over 3-billion-euro worth conferred on this year’s trends, at 2018 Spring Cocktail

Organized by energynomics.ro, the fifth edition of Spring Cocktail brought together over 120 participants and was supported by four eight speakers. After greeting the audience, Iulian Harpa, managing partner of Wing Media Energy Consulting, publisher of energynomics.ro, has presented some of the most significant activities proposed this year by the most complex communication platform for Romanian energy.

State Secretary Robert Tudorache delivered the message from the Ministry of Energy and he referred to three of the main topics on the Government’s agenda during this period. “The energy strategy will be finalized very soon, on the base of the document made in the past government, and it will enter into a public debate in a month or two”, said Robert Tudorache. 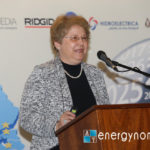 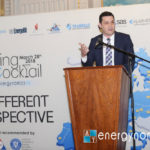 “We have recently issued the exhaustive decision for the BRUA interconnector so the project is already underway and the amendments to the Law 220 on renewable energy will enter into the debate of the Chamber of Deputies until the end of the current parliamentary session”, Robert Tudorache announced.

A strategic company should be treated as such

CEO Transelectrica Corina Popescu mentioned the € 27 million grant the company secured from the European Commission to build the Cernavoda-Stalpu 400kV power line, the first of six projects of common interest of the company included in the revised list in November last year and receiving funding from Brussels. “This is only the beginning for a strategic company which needs to be treated as a such, and not like one that only has to make profits”, said Corina Popescu. She also mentioned the perspective that the cross-border connection Reșița-Pancevo to become commercial until the end of the year. “Right now, as I speak to you, our colleagues in Timișoara branch are energizing the line, and we only have to fix problems in the Reșița substation”, announced Corina Popescu. She also spoke about completing the upgrade of the SCADA system this year, and the project for Transelectrica to become a shareholder of the regional security center for CEE. „Our company should be not only a client for some services, but a shareholder with full rights, like all TSOs in the region”, Corina Popescu also said.

Half billion lei profits in Q1 for Hidroelectrica

Bogdan Badea, CEO Hidroelectrica announced that the company registered an over 500 million lei profits in the first quarter of the year, a record level, exceeding the 482 million lei profit in Q1 2017. “It is not simply a matter of market prices, as some say. Last year, for example, we only had some periods of time when prices were very high. Our results are based on a long-term and sound planification allowing for a competitive average price”, explained Badea. 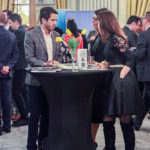 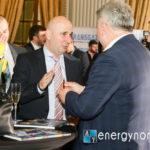 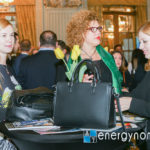 Vasile Ciolpan, Director of Energy Trading at Romgaz, started by mentioning the investment at Iernut. “The winter was pretty gentle and we already have the first metal framing for the installation of turbines and boilers. We try not to have delays so that we be able to complete this investment on the assumed deadlines”, Ciolpan said. At the same time, the company analyzes the prospects of a “market in the making”, the compressed natural gas market. “We think of two zones where we can play a role. On the one hand, to supply the CNG needed for motor vehicles and, on the other hand, to provide natural gas in areas not connected to national gas transport networks”.

Carmen Neagu, CEO EnergoBit, presented the global risks landscape as resulted after this year’s Davos Economic Forum, and insisted on the extreme-weather events and natural disasters, as well as failure of climate-change mitigation and adaptation. “EnergoBit is providing solutions for protection, SCADA, metering and monitoring systems, and also services of operation and maintenance. Few weeks ago, when there was orange and red code in the South of the country, a large distribution company we are providing such services to overcome this difficult period with no problem, which is a good example of quality”, Carmen Neagu said.

In her opinion, the key trends to watch for these years are at the same time huge opportunities for Romanian companies to identify small niches and to capitalize their expertise. “Romania is still in the yesterday paradigm based on system built around a central power station”, Carmen Neagu warned, “while more and more, the world is moving to the paradigm of tomorrow – distributed / on-site generation with fully integrated network management”.

“It is essential to understand what is happening around us in order to avoid remaining a disconnected island”, concluded Mrs. Neagu.

Gas production is just as important as gas transport

Harald Kraft, Chairman of ROPEPCA, presented the Association’s priorities for 2018, which are mostly derived from the challenges of the natural gas market liberalization process. “Romanian hydrocarbon resources are very important for Romania, but as well is the industry producing these resources”, highlighted Harald Kraft, and the legislation is not supporting this industry. First example – Temporarily introduced through OG 7/2013, the windfall tax on supplementary income became permanent through Law no. 78/23.03.2018, introducing a 60% tax on the supplementary income for prices up to RON 85/MWh and 80% on the difference between the realized price and the price of RON 85/MWh. The second example – establishing the natural gas reference price based on an Austrian hub benchmark.

Add to this the initiative for transposing OUG 64/2016 into law, with a minimum of 70% obligation to trade on one single centralized market – OPCOM, an obligation which might be extended up to 100%.

Ozcan Cavus, from Enerjisa (Turkey), talked about the top tech trends for 2018 from the perspective of utility companies. Enerjisa is a 50/50 JV between Sabanci and E.ON, the leading power company in Turkey, with a generation capacity of 3.6 GW, and a distribution network of 214,000 km. Starting from the top 10 tech trends as identified by studies from Gartner, Ozcan Cavus presented his organization’s priorities, and detailed on theft analytics & revenue optimization, short term load forecasting and smart home devices.

From the forecasting perspective, Enerjisa aimed at forecasting the consumption of all its regulated and eligible customers (over 9 million), decreasing imbalance cost resulting from short term energy purchasing actions, and setting up a fully integrated forecasting environment in order to minimize redundant efforts and manual human intervention. “By means of using internal (MDM) and external data sources in forecasting process (weather, seasonality, economic factors), and by using time series and machine learning algorithms, with over 15.000 models having run regularly, we achieved an around 7% improvement in forecasting, which also transferred in significantly improved revenues”, said Ozcan Cavus. 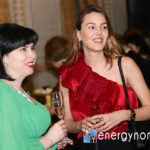 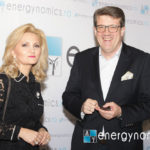 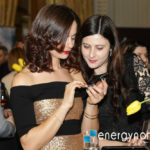 In these new tech trends initiatives, Enerjisa is supported by SAS on its big data analytics and IoT path in order to reach better forecasting accuracy and optimized power plants generation.

Everything is mixology, argued Cristian Pîrvulescu, CEO Enevo Group, in an elaborated allegory comparing mixing a good cocktail drink with mixing various types of expertise for successful energy projects. “As any project, in fact, everything in life requires mixing very different ingredients – engineers with economists, lawyers with architects, civil with electrical engineers, wives with friends – hoping for the best results, everything is mixology”, he said. He introduced the audience with a cocktail with strong local flavor – “carcalete” – a mix of wine, soda, and syrup. “Everyone I know uses this word for referring to a bad mix, made with little or no thinking behind it, something made just to be made”, explained Cristian Pîrvulescu. “This mix is a blasphemy for a wine lover, but it is a handy solution for hiding some defect of the wine, that can be either too dry or too sour”.

Back to the energy industry, Cristian Pîrvulescu noted that new ingredients are added or need to be added for a better mix in specific projects. „We are all talking about smart grids, smart meters, VPPs, digital everything, and we need to somehow mix these concepts with an old or at least aging generation structure. We all try to improve this infrastructure by mixing coal with solar, or wind, or even with creative and hopeful mixes like Canadian design with Chinese determination. We all try for decades to create new energy generation facilities and transport infrastructures while they get constantly delayed by lack of proper permits and regulation. We have very high-quality expectation from the equipment and services that we want to buy but based on the lowest price criteria”.

Enevo CEO concluded by stating that we are all base, mixer, or modifier of our energy system: “I know that our energy system can be as good as a cold Mojito on a sunny day at the beach, or as bad a ‘carcalete’, trying to hide some defects behind some soda and some laughs. Let’s see!”.

2018 Spring Cocktail was an event recommended by the National Regulatory Authority for Energy – ANRE and National Agency for Mineral Resources – NAMR, with the support of many strategic partners, including AFEER, ACUE. With this occasion we also launched the first issue of energynomics.ro Magazine in 2018. Another 184 pages, fully bilingual format and attractive design, capturing the trends and essential themes in the Romanian energy industry: news, analyses and opinion from personalities directly involved in the decision of the regulators and the most dynamic companies. These issue is featuring among others articles and interviews with Bogdan Badea (Hidroelectrica), Roland Python (Ambasada Elveției) and Ozcan Cavus (Enerjisa, Turkey).

For the first pages of the current issue of energynomics.ro Magazine (March 2018) enter the dedicated webpage, where you can also read the full content of all previous issues. For ideas, comments and editorial contributions, or commercial cooperation we encourage you to write us at office at energynomics.ro.