Home»Thermo»Cogeneration»C. Athanasovici will represent Kawasaki Gas Turbines in Romania and the neighboring countries

One year after establishing its Romanian Representative Office, Kawasaki Gas Turbine Europe GmbH organized this week an official ceremony for announcing its intentions to contribute to modernization of the cogeneration sectors in the region. 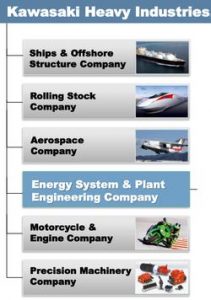 Kawasaki Gas Turbine Europe GmbH, based in Germany, is part of the over 11 billion euro worth in revenues Kawasaki Heavy Industries group. The Energy System & Plant Engineering companies, operating in Europe and Asia, were responsible for more than 26% of the group sales in 2017. They provide gas turbines and machinery, as well as services for generation plants and infrastructure, from engineering, to implementation and maintenance. As of June 2017, Kawasaki sold more than 150 gas turbines in Europe, with a total capacity of over 400 MW, a tiny slice of the over 11.000 unites the company sold around the world.

The characteristics of Romanian and regional markets, among which the old generation fleets in cogeneration segment, and strong development of industry requiring energy independence and control (in terms of power and steam) are strong reasons for Kawasaki Gas Turbine Europe GmbH to strengthen its presence in the region.

M. Sc. Eng. Cristian Athanasovici, a reputed expert in cogeneration, will be responsible for the increasing Kawasaki footprint in the region, as a Business Development Manager.