Over 60,000 employees work in energy companies subordinated to the Government. Almost half of these companies ended 2014 with losses, more specifically 11, compared to only five in 2011. However, there are still numerous state-owned companies announcing profit from energy – 14. Overall, the energy system managed by the state totals a turnover of over RON 20bn and in 2014 posted a profit exceeding 10%. An excellent yield, in which major contributions came from Romgaz, the large electricity producers Hidroelectrica, Nuclearelectrica and Electrocentrale Bucharest, and transmission monopolies: Transelectrica, Transgaz, Conpet and Oil Terminal. 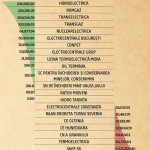 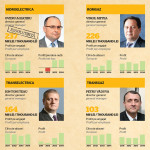 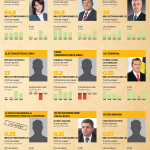 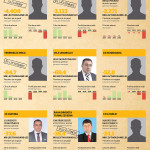 Recruitment of managers based on the corporate governance ordinance could cost approximately RON 4.3mln, in conditions in which officials within the ministry estimate to collect, in 2016, RON 1.12bn from the subordinated companies. In 2014, the last year for which we have complete data, the state collected RON 3.57bn from energy companies (including Transelectrica and Transgaz, subordinated to the Ministry of Economy). It is true that it had to cover losses of around RON 1.35bn, so, on paper, it was left with a net profit of RON 2.26bn.

Based on available data, we can notice that the number of employees in the state-owned energy sector fell around 10% from 2012, in 2014. At the same time, the net profit climbed 83%, from RON 1.21bn. Therefore, overall, the return of employees increased considerably. But the performances are very heterogeneous, and three of sources of loss are companies in bankruptcy or in liquidation. The National Coal Company, the National Hard Coal Company and Termoelectrica reported in 2014 total losses of RON 55mln, with only 164 employees!

The high losses – RON 1.23bn in 2014 – are cumulated by three companies in the mining sector, plus RAAN Drobeta-Turnu Severin. These are companies that took over the problems and losses of companies they come from; before reorganization, in 2011, the National Coal Company, the National Hard Coal Company and Termoelectrica reported an aggregated loss of RON 2bn.

The winners in the state fief

At the other end, four companies, with over 17,000 employees together, communicated in 2014 total profits of RON 3.2bn, which means an average profit of RON 186,000 for each employee of Hidroelectrica, Romgaz, Transelectrica and Transgaz.

The best profitability per employee is recorded by Hidroelectrica, which in 2014 had the highest profit and, probably, the smallest number of employees in its history. Definitely the trend from 2011 indicates a constant decrease in employees, from over 5,200 to less than 4,000. It was the bet won by the insolvency administrator of the insolvent company, Remus Borza, who insistently repeated in 2015 a key message: “We have shown that state-owned companies can also generate stability, trust and profits, provided that the management of these companies be entrusted to people recommended by professional skills, morality, managing abilities and not only by the party card”.

Romgaz is one of the few state-owned companies that in 2014 increased its number of employees, compared to 2011. It is however the main profit generator among state-owned companies, with an aggregated net profit of RON 4.6bn in the same period. Romgaz benefited from gas price liberalization in the still favorable context of a high benchmark price on international markets.

The following two places in terms of profitability of employees are held by two transmission monopolies – Transelectrica and Transgaz, subordinated to the Ministry of Economy. The operator of the electricity transmission system slightly reduced its number of employees, but posted an increase by almost four times in the net profit, from 2011 to 2014. In the case of both companies – listed on the stock exchange – pressure exercised by shareholders shouldn’t be ignored. Equally, more attention should be paid to allegations from the private environment, which witnesses growing profits, based on regulated tariffs, in companies from which investments are expected to increase the operational performance.

Hidroelectrica announced in September 2015 that it had invested EUR 3.5bn in the last 20 years and that it had available EUR 1.3bn for the next 5 years. By 2020, EUR 450mln would be used for new hydropower developments, EUR 305mln in retrofitting and modernization, EUR 240mln in maintenance works and EUR 300mln in new production capacities from renewable sources. Romgaz has also announced growing investments in recent years: almost EUR 300mln in the program for 2015, by 22% more than in 2014. High variations in consumption curves required expenses of hundreds of millions of euros in the modernization of storage facilities. Transgaz eyes investments of EUR 1.5bn during 2004-2023, but they are still little visible, only the perspectives of BRUA (EUR 560mln) being somewhat more clear, with the obtaining of European funding. Finally, Transelectrica misses year after year the achievement of investments scheduled. The lack of permits and access to land or the managing incompetence and insufficient administrative capability are decisive in this regard.

With profit, but far from the previously presented leaders, we have nine companies, of which there are distinguished with consistent profitability in relation to the number of employees. A great stability is noticed both in terms of number of employees in the last five years and constantly positive results – only two years with losses (Midia Power Plant, 2011 and 2012; Electrocentrale Group in 2013).

The presence in this group of Nuclearelectrica is somehow surprising, as a company with a profile closer to performing companies in the first line: a producer of electricity, sole player in its area of activity (nuclear energy), without problems in the selling market. A decisive element could be the obligation to deliver important volumes on the regulated market, at lower prices than it could have obtained on the free market or export.

A discordant note is represented by Electrocentrale Bucharest, with a more significant reduction in the number of employees (2,362 in 2014 vs. 3,100 in 2011) and a slow decline in turnover. However, the profitability per employee is by only RON 9,000 below that calculated for Nuclearelectrica.

Conpet also restricted the workforce (from 1,985 to 1,709), but has constantly increased both its turnover and the profit reported. Although the transported volumes remain well below the historic potential of the network, the monopoly position and constant increase in tariffs made the synthetic results to look good. For 2015, Conpet posted a profit of RON 54.2mln, up 5.6% from 2014, amid business stagnation, to RON 381.3mln.

Five of the following six companies in this ranking have unsatisfactory returns, while the Ministry of Energy seeks new managers. The market context announces growths for Oil Terminal, in conditions of announced supplementations of the oil imports in 2016. It could be a chance of exit form an obvious period of stagnation during 2011-2014: turnovers and profits almost identical, year after year, even amid a reduction by 14% of the staff.

Nine companies of those owned by the Ministry of Energy in 2014 reported total losses of RON 1.31bn, at an aggregated turnover of RON 3.64bn. With a total of almost 30,000 employees, these are the state-owned companies for which “emergency situation” is an insufficient term. Moreover, five of them are in insolvency, bankruptcy or liquidation, and the outlook is unclear in each case.

Losers come from mining, where reorganizations of the recent years have not solved almost any problem. It is true that in 2011 three companies totaled losses of over RON 2bn, Termoelectrica reporting by itself losses of RON 1.59bn, at a turnover three times lower: RON 462mln! In 2014, this bleak picture is restored from losses of RON 1.49bn cumulated by Hunedoara Energy Complex, the National Uranium Company and Oltenia Energy Complex. The latter two are distinguished in the analyzed interval, because they had two profitable years, in 2012 and 2013. The National Uranium Company moved from net gains of RON 3.4mln and, respectively, RON 6.9mln, in 2012-2013, to losses of RON 103mln in 2014, comparable to the turnover that year (RON 134mln)! In turn, Oltenia Energy Complex, at an annual turnover relatively constant during 2012-2014 (around RON 2.5bn), moved from a profit of RON 118mln (2012) to losses of RON 693mln (2014). The trend was accentuated in 2015, year for which the company announced losses of RON 895mln. Laurenţiu Ciurel, manager at Oltenia Energy Complex since its establishment (2012), was revoked from office in December 2015 and replaced with Laurenţiu Ciobotărică.

At the level of this group of underperforming companies, the number of employees was maintained relatively constant in the analyzed period. That, although RAAN Drobeta Turnu Severin had in 2014 by over 1,200 employees less than in 2011 (2,427 compared to 3,659). A small staff reduction was also recorded by Oltenia Energy Complex, to 18,438, compared to 18,770 in 2012.

The full version of this article can be read in printed edition of energynomics.ro Magazine, issued in March 2016.