The second edition of energynomics Awards decided its winners! They were communicated and celebrated on November 27 at the National Military Center, during a gala which brought together over 200 top leaders of the energy industry, related industries decision-makers and public authorities responsible for regulation and control. 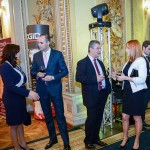 Still, the evening’s attractions were the bronze statuettes, designed and produced by Adrian Ilfoveanu. 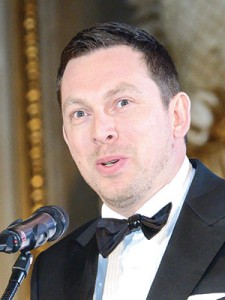 The award for Corporate Social Responsibility was won by CEZ Romania for its initiative entitled Energy for Good. The statuette was handed to Martin Zmelik, General Manager of CEZ Group in Romania, by Mihaela Sârbu, Business Development Manager at SGS Romania. The prize rewarded the company that had the largest impact on the community in which it activates (donations, sponsorships, environmental responsibility, and other forms of CSR). 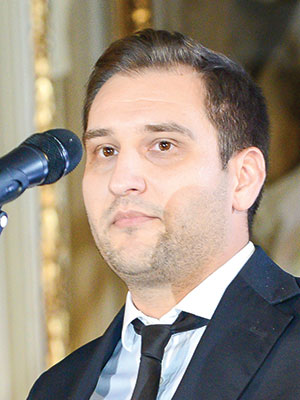 This award has rewarded the company that implemented a remarkable energy efficiency project at national or local level by reducing energy consumption, by the favorable impact on business and the environment, by funding attracted, by the quality of project communication and as a benchmark and model of good practice.

Deal of the Year The Award for Deal of the Year went to MOL Romania, for the contribution to the expansion of the network of gas stations MOL oil group owns in our country by purchasing the fuel filling stations owned by the Italian group ENI under AGIP brand. The statuette was handed to MOL Romania Country Manager, Kinga Daradics, by Cosmin Marinescu, Sales Manager at Tradeville.

The prize rewards the company that managed the most important procedure for acquisition/takeover/merger/farm-in/farm-out. Among the criteria for evaluation were: the size and impact of the operation (based on the original size of the company), corporate development prospects of resulting company, degree of innovation. 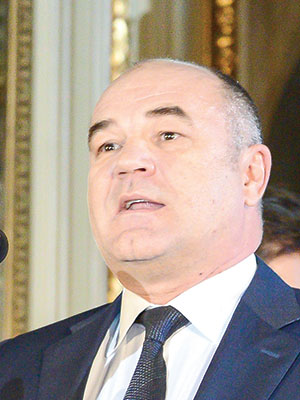 Financing of the Year Award was won by Electrica SA, for a successful dual listing on the Stock Exchanges in Bucharest and London, which reduced the state’s participation in Electrica SA below 50%. The Oscar given for attracting two billion lei in the initial public offering was received by Ioan Roșca, General Manager of Electrica. The award was presented by Paul Sorin Suciu, Oil and Energy Department Manager at Raiffeisen Bank Romania.

The award for this category rewards the company that managed the most impactful and inventive funding in the Romanian energy sector. Among the criteria for analysis: the structure of the financing agreement, the impact on the company funded, prognosis for business growth, benefits for shareholders. 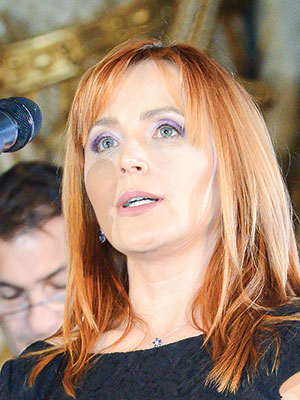 Best newcomer category was won by Wind Power Energy, a Monsson group company that brought to Romania the Academy of renewable energy sources, an educational organization set to prepare, certify and re-certify technicians in this field. The Oscar was handed to Mihaela Aldea, executive director at Monsson Group, by Carmen Neagu, Chairman of the Supervisory Board at Transelectrica.

This award honors the company that came up with the most interesting novelty this year: an entry in Romania, expanding the business areas, a new big project, and technologies unused until now.

Executive of the Year award was won by Ioan Roșca, General Manager at Electrica SA, for coordinating the dual listing campaign, on London and Bucharest stock exchanges of this group of companies owned by the state until recently. The Award of this category was presented by Hezi Shayb, CEO at Next Koppel Sixt.

The prize rewards the most inventive, inspiring and impactful manager of Romanian energy sector. Among the criteria of analysis: manager proved his/hers leadership capacities, contributed to the growth of the company, introduced and applied innovative business strategies. 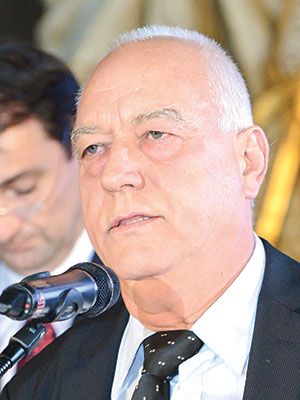 The Award for lifetime achievement was won by Alexandru Nicolcioiu, Chief Production Manager at Rompetrol Refining, a company owned by KMG International, ex-Rompetrol Group. The Oscar was handed to its winner by Michel Louboutin, president of the Petroleum Association ROPEPCA. The award honors a personality in Romania’s energy industry which has shown strong leadership, made contributions to the development of the company, has introduced and implemented business and teaching innovative strategies. 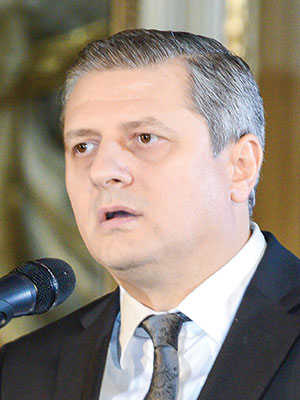 The category for outstanding development was won by Transelectrica, the transmission and service system operator for electricity, for involvement in the coupling of four national electricity markets, through its subsidiary OPCOM. The award was received on behalf of the company by Ion Toni-Teau, Transelectrica General Manager, and was presented by Camil Aliman, Regional Manager for Romania and Hungary at Ridge Tool Europe, a company of US group Emerson. The prize rewards the company that made itself noted with a focused success, with great impact, which attracted attention and became the benchmark within the industry over the last year. 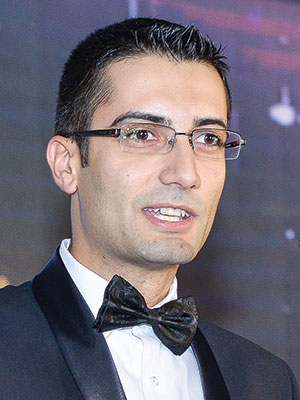 The Award for Young Energy Expert was won by Daniel Răzvan Costianu, Project Manager at ABB Romania, and was presented to him by Iulian Iancu, President of the Romanian National Committee of the World Energy Council (RNC-WEC), an organization that has a track dedicated for the future energy leaders of Romania.